Prithvi Shaw made a comeback to the Indian cricket team after a long gap as the talented top-order batter from Mumbai was included in the squad for the T20I series against New Zealand, starting later this month. The BCCI announced the squad late on Friday night.  The New Zealand home series will feature three T20Is and three ODIs. India will begin the series with the 50-over matches starting on January 18. The T20 series will commence on January 27 and will end on February 1.

Hardik Pandya will lead the side in the three-match T20I series with star batsmen Rohit Sharma, Virat Kohli and Shreyas Iyer missing the T20I leg of the series. Shaw last played a match for India in July, 2021. 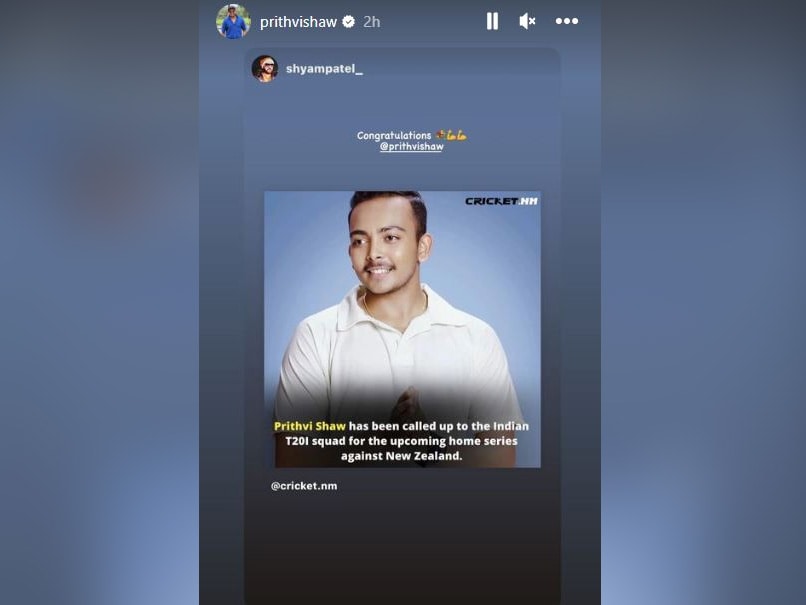 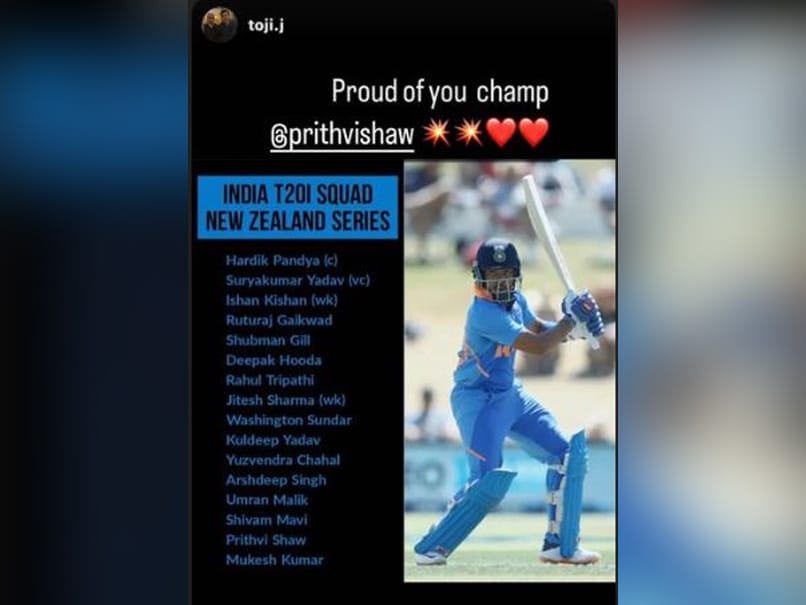 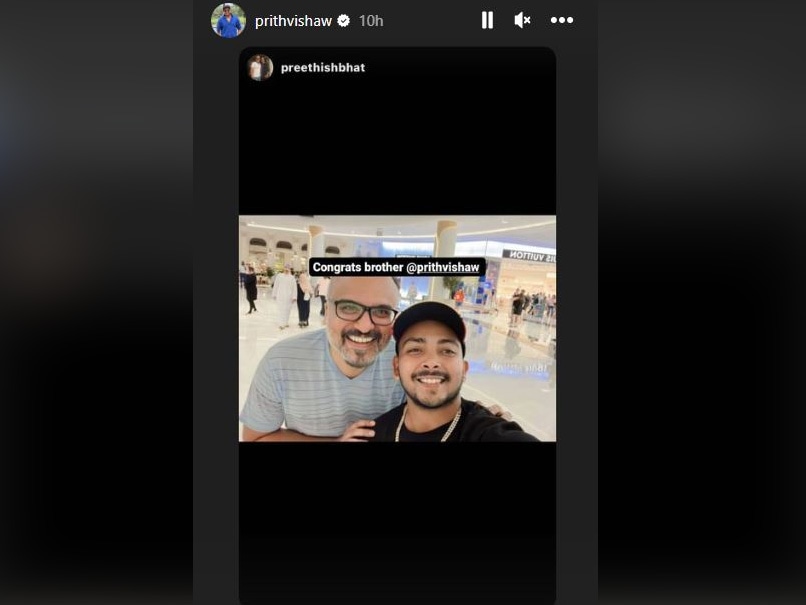 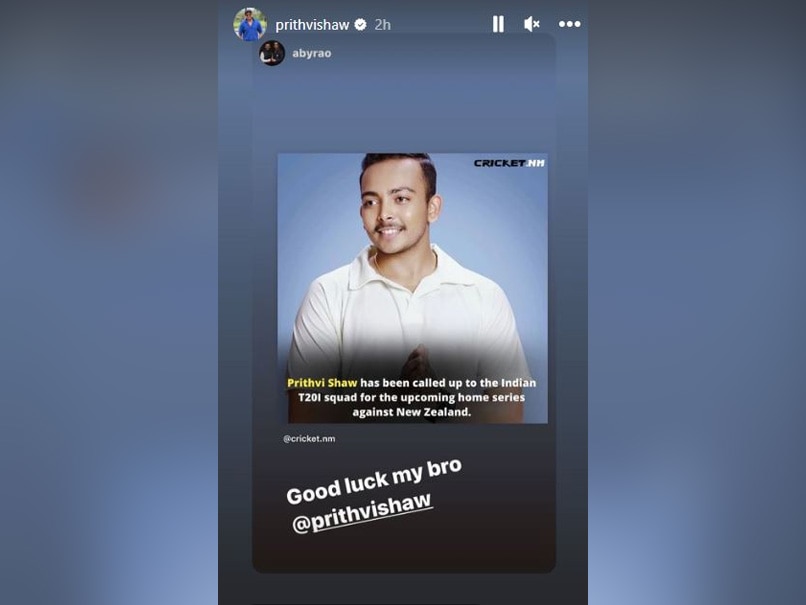 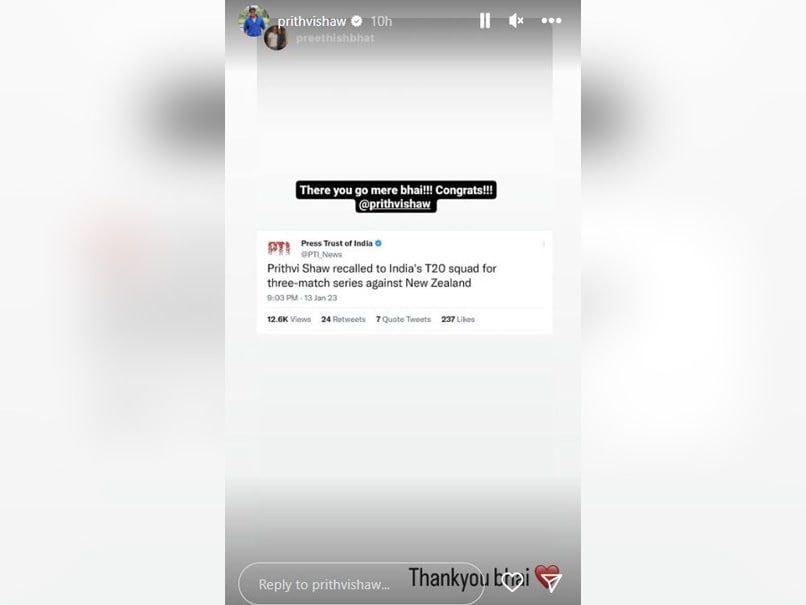 Recently Prithvi Shaw made a stellar 379 in a Ranji Trophy match against Assam. This is the second-highest score in the premiere domestic cricket competition. In the close to nine decades of Indian first-class cricket history, Shaw has the second highest individual score after Bhausaheb Nimbalkar’s 443 for Maharashtra against Kathiawar in Pune back in 1948-49.

After that knock, Shaw got emotional on how he was left disappointed with people judging him wrongly.

“Sometimes, you do get frustrated,” said the U-19 World Cup winning India captain.

“Hopefully, We Will Play India At Some Stage”: Belgium Men’s Hockey Team Coach To NDTV